Simply mix everything together in a bowl, drain the onions and stir in. Taste to ensure the balance of flavour is to your liking. If too sharp, add a little more sweetness. 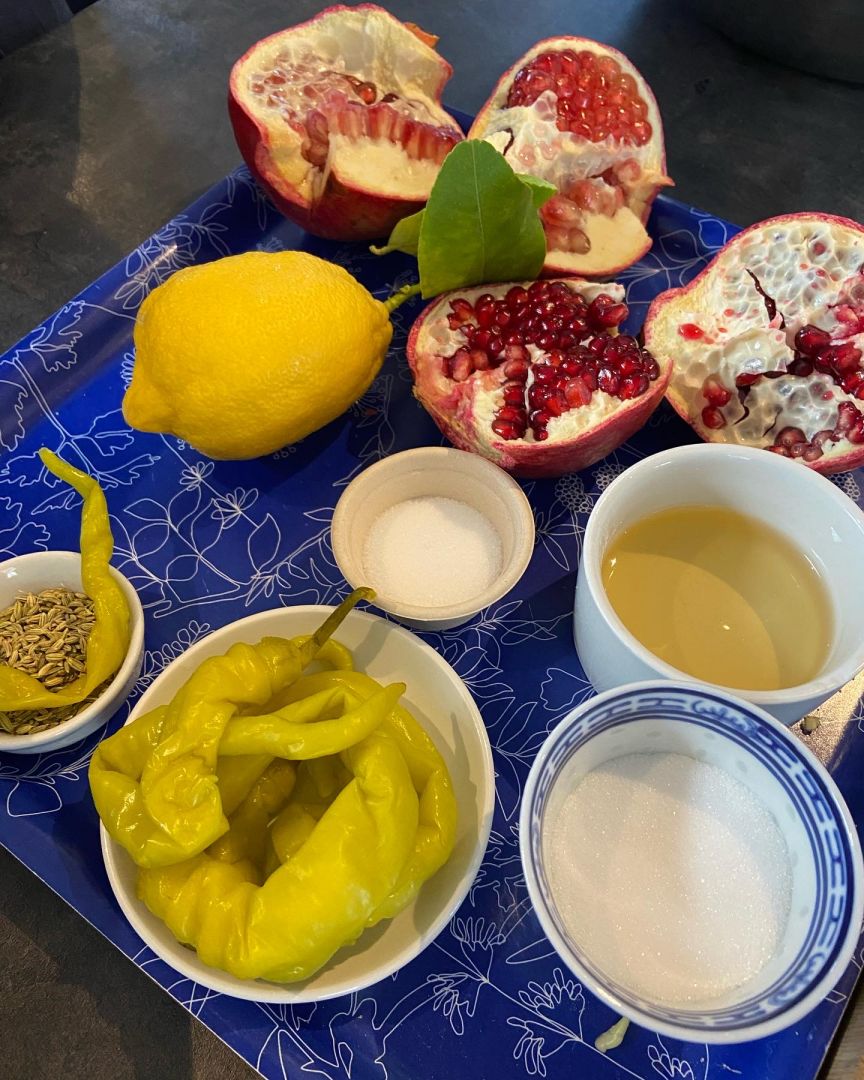 1 large carrot, peeled, trimmed and halved, then cut into half-moons

You could also add a couple of pickled chillies and olives if you like.